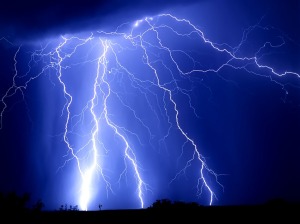 Recently, I published my first book entitled, Journal of a Sinner, Listening for that Still Small Voice.  The title is partly a reference to the 1 Kings 19:11-13 scripture.

God’s voice here, was clearly spoken through a low whisper.

Evidently, most tend to look for God in the strong winds, earthquakes and fire.  Less than twenty-four hours ago, I learned that I mistakenly only look for him in the subtle whispers and not in the blatant storms like most people.

Just as I went to bed, my heart was feeling thirsty as a deer pants for flowing streams, so pants my soul for God.  Thus far though, my faith has not yet wavered despite my yearning soul. Therefore, I decided, I must be one of those “blessed ones” because “Jesus said to Thomas, “Have you believed because you have seen me? Blessed are those who have not seen and yet have believed.””  Right now – I am believing, but I am certainly not seeing.

So with all this in mind, I was listening for that still small voice last night and not understanding a thing in the soft wind.  In my praying with a sincere heart, I revealed to God that his presence is the only thing that drives me.  I sought also, answers to questions stirring in my spirit.  In doing all this, I drifted off to sleep hearing only the steady, gentle rain and the distant placid thunder rolling far, far away…

Unexpectedly and without warning, a sharp and fierce clap of thunder boomed over my house like a bolt of lightning that had strayed from his peers whom were far, far away. I awoke with a racing away heartbeat, startled at the lack of warning. In that sudden clap – I heard God’s voice speak to my spirit.  It was not gentle.  It was not a whisper.  It was in the earthquake remarkably.  It was in the fire astonishingly.  He spoke, “You ARE weak, Kim, but I am strong!” Every concern, question and fear I had made known to him just before I fell asleep was immediately addressed and solved in one abrupt and hardy crash of thunder.  Not only did he confirm my weakness with that statement, but other apprehensions I had shared with him just before drifting off to sleep.  All my inquiries had somehow instantly been answered.  Let me explain.

Recently, I have been asked to provide my Christian qualifications.  I’ve had to write short bio’s and little complimentary blurbs about myself in order to satisfy the requirements of my publisher and to promote my book and my website.  These exercises have brought me so much discomfort.  First of all, I have a serious (did I mention SERIOUS?) aversion to braggadocios’ people as well as going over my list of so-called accomplishments. I am inexpressibly grieved to bring up the different aspects of my Christian walk in order to entice someone to purchase my book or why someone should consider me in a particular ministry.  It is going to be very difficult seeing as how if I don’t promote my book – who will?  So these thoughts of unworthiness and frustration were fresh on my mind when I sought the Lord last night with sleepy eyes.

My book, Journal of a Sinner, Listening for that Still Small Voice has thirty-seven short stories, some of which I’ve shared on my blog and other new stories.  The point I push over and over throughout the book nonetheless, is recognizing that God is always speaking to us.  Sometimes his voice is a small whisper and can be missed if we are not careful.  But after last night, I realize, He is not always in a gentle whisper either.

I do wish I had sat up after that thunderous crack and scribbled down every inclination I felt after that jolt.  This morning over coffee, I searched my heart for all the certainty I held last night.  Currently, I’m doing my best to describe how one thunder clap, and one statement from God could simultaneously answer all my concerns that a thirty minute, attention deficient prayer sent up, prior to slipping off to dream world.  But it did.

Essentially, God’s message is this:

“For consider your calling, brothers: not many of you were wise according to worldly standards, not many were powerful, not many were of noble birth.  But God chose what is foolish in the world to shame the wise; God chose what is weak in the world to shame the strong; God chose what is low and despised in the world, even things that are not, to bring to nothing things that are,  so that no human being might boast in the presence of God. And because of him you are in Christ Jesus, who became to us wisdom from God, righteousness and sanctification and redemption, so that, as it is written, “Let the one who boasts, boast in the Lord.” 1 Cor 1:26-31. ESV

Thank you, Father, you also speak in the sudden and fierce thunder clap…

1 thought on “Not a Gentle Whisper”